Alert! Due to the Echo Park Community Parade, the following schedule will be observed on Sunset Blvd. between Vin Scully Ave. and Park Ave. 9AM to 4PM Restricted Parking

10:30 AM Soft Closure on Sunset Blvd. between Vin Scully Ave and Park Ave.

Closure to finish at approximately 1:30 PM.

Stay safe and enjoy the parade! The winds of change

The winds of change are blowing in Los Angeles.

My run for  the city council seat in the 1st district has reached a big milestone today: I qualified for the March 7, 2017 ballot with over 1,000 signatures! Only 500 valid signatures are required to appear on the ballot in a city council election.

There is an urgent need for change in city hall. Our signature gathering effort, powered by over 50 volunteers from the community, proves you don’t need to be bankrolled by developers and special interests to find success in local politics.

I am very honored to have the support of so many concerned people in the community! I would also like to thank my campaign team for coordinating this effort, and my wife and young daughter for hitting the streets to see that this task gets done.

A full press release can be downloaded here. Alert! Due to the Northeast LA Christmas Parade, the following schedule will be observed on Figueroa Street between Ave. 60 and Sycamore Grove:

6AM to 6PM Restricted Parking

Closure to finish at approximately 3:30 PM.

Stay safe and enjoy the parade! 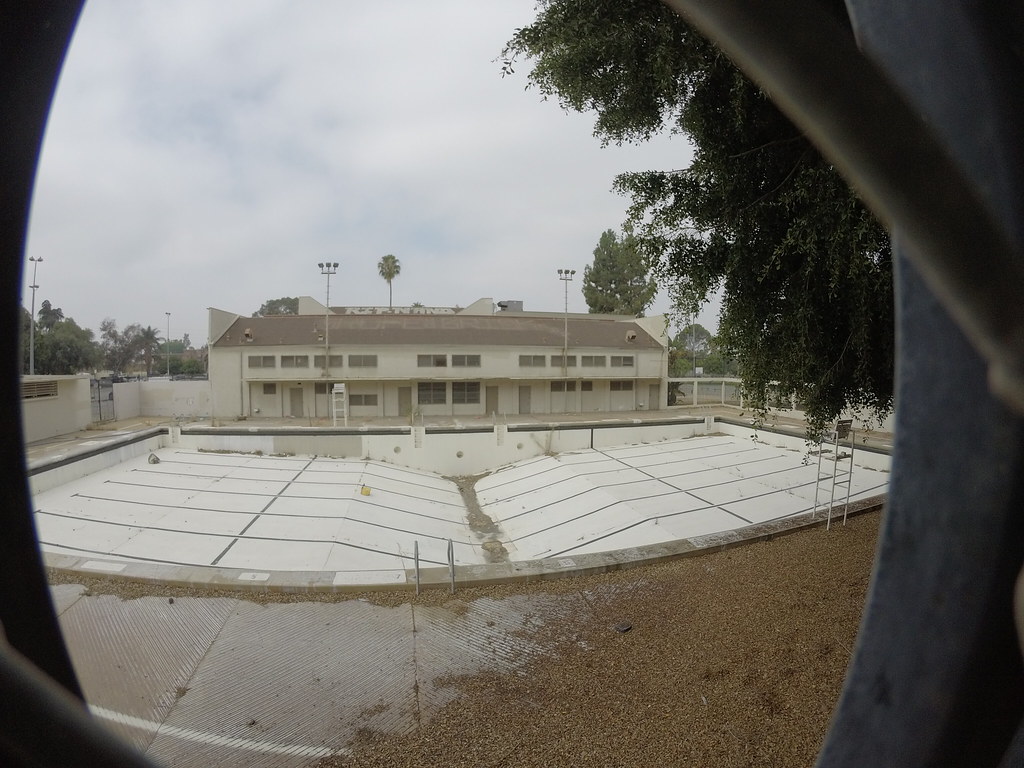 The Lincoln Park Pool and Bathhouse had its reconstruction funding raided. Press stunts and PR promises from the incumbent mean more long, hot, summers for locals.

The pool, in this one motion, had $5,022,157 taken from it. The CD1 incumbent’s action, taken with zero community input, means the pool has remained closed for the entirety of his term in office and will remain closed for years to come.

A consistent pattern has played out during the incumbents term in office: ignore and downplay community needs, paper over everything with press releases. The latest media stunt: a “groundbreaking” on Monday, November 7, 2016 with no ground being broken and no construction contracts signed, a promise of “done by 2019!” to put on the shelf with all the other empty promises and press releases. Many more long, hot, summers stand between the youth of Lincoln Heights and a functioning Lincoln Pool and Bathhouse.

On a personal note, this is my neighborhood park. I live just a block away. Making sure our kids have access to amenities like a local pool is critical in this neighborhood. A responsive and concerned council office would openly work with all stakeholders on a project like this. Robbing the construction fund for the Lincoln Park pool in 2013-2014 has cost thousands of local kids many summers worth of healthy fun. As a small business owner, I support Measure M.

Like most small business owners, my relationship with sales tax is a complicated one. The local government, and voters, have been very comfortable with taxing people at the retail sales counter – a method of taxation that impacts people in my community, working people who are my customers and friends, more than a property tax or an income tax would.

On the other side of that equation, however, are local government programs that directly benefits my business, my customers, and my neighbors. As a candidate for City Council District 1, I support Measure M because it will benefit my constituents too.

My business depends on foot traffic: people walking, bicycling, or driving past my doors, noticing something in the shop window, and making a trip inside to check it out. My business also depends on people being able to make short trips from nearby neighborhoods, lured by social media content, fun events, and (here is where Measure M comes in) stress-free travel.

In case you haven’t noticed, foot traffic at many retail corridors in Los Angeles is terrible. Our foot traffic is low for lots of very simple reasons. Sidewalks in Los Angeles are in shambles, our streets in shopping corridors are designed like racetracks between red lights, and walking or bicycling is dangerous (by design). Further, taking a train or bus is often inconvenient due to long waits between buses or trains, low quality stops, and stations with no amenities.

Measure M provides for the needs of my small business by setting aside an unprecedented amount of money to close the LA River trail gaps between the San Fernando Valley, the LA Basin, and Long Beach, including critical links to surrounding neighborhood streets, a big opportunity for small business owners.

Measure M also provides for a massive investment in “subregional projects and programs.” This set aside will help fund Mayor Eric Garcetti’s visionary Great Streets program and the Vision Zero initiative. Both of these home-grown programs help make our walk-up retail corridors into financial winners for the city, property owners, and retailers alike.

Measure M will continue to deliver the promise of Metro’s Measure R. It will support convenient light rail and bus rapid transit (BRT) travel throughout the region, increased bike share, and fund a host of programs to support the cultural changes necessary to transition from a car-only system to a system that provides healthier, affordable, transportation options for every resident of LA County.

As a small business owner, there is a lot to fear about yet another sales tax keeping my customer base from spending. Measure M, however, will deliver to the bottom line of small, walk-up, retailers. We’ll have more foot traffic, from a broader spectrum of customers. We’ll have more discretionary trips on foot, on transit, and on bicycles, and with that, more discretionary spending.

I support Measure M because, from behind the counter of my small shop, it’s just good business. How do you stay positive when your day-to-day experiences in the city drag you down? For me, this campaign offers an opportunity to take the negative experiences and channel them into positive change. A recent trip to MacArthur Park tested my ability to stay positive about things in the district.

On a recent trip to MacArthur Park I experienced the discomfort and disgust that is all too common when one tries to use a public restroom at a park in the district. A recent beautification project in the park is a stark reminder of how deeply out-of-touch the current administration is with the human needs of district residents and visitors. Towards the end of my visit, I had a bit of hope restored by a group of volunteers doing a clean up. The Levitt Pavillion in MacArthur Park serves as an informal daytime shelter for the homeless.

One recent morning, between meetings in the MacArthur Park, nature called. I rushed over to the bathrooms in the park and had to wait in the sun for about 20 minutes to use the only functioning bathroom (out of three) attached to the Levitt Pavilion. The other two were being used as showers by homeless people or were simply closed with no notice posted.

While I was waiting to use the only available bathroom, a young man shuffled up and rattled the handle on the locked door. I told him they were all occupied. He walked off and urinated in the bushes. The area outside the bathroom has obviously been used as an open air toilet quite recently (the smell gave it away).

When I finally got in, the bathroom was a horrible mess, the door wouldn’t lock properly, and the toilet didn’t flush! There are parks employees on site – do they use these toilets during their work day? If so, one would think they have valid grounds for a lawsuit. There is a large soccer field, a performance space pavilion, lots of outdoor seating, two large playgrounds, bus stops and a subway station nearby. Thousands of residents pass by, and through, all day. Overall it was an uncomfortable, humiliating, dehumanizing experience. I can’t imagine how bad it gets in the evenings when everyone is in the park playing and socializing. When there are teams of soccer players and kids with their parents – and this is what we’re met with when nature calls.

MacArthur Park recently had a $2.1 million decorative gate installed by the incumbent councilman. To me, that is a moral crime given the on-the-ground conditions in the park bathrooms.

It’s not all bad news! After my epic wait for the bathroom I ran into a group of people with gloves and plastic bags walking through the park picking up trash. They didn’t have the Parks Department vests all official parks volunteers wear (after being fingerprinted, etc.). It was a group based in Hollywood that believes in public service. The man in charge of the clean-up said it had taken months of dropped email threads and un-returned phone calls with the current councilman to arrange for a city dumpster to be made available to assist his organization in their clean up efforts. This volunteer clean-up group worked quickly, picking up nearly every scrap of paper and debris. “It doesn’t seem to take all that much to make things a bit better,” I thought, “We just need some support from city hall every once in a while.”
We are always told it’s a lack of resources that keep our districts’ parks filthy and broken. I don’t buy it. I don’t believe it. We are the largest most powerful city in the most powerful state in the greatest country on the face of the Earth. We have people banging on the door to volunteer their services to improve park conditions. What is broken, what is lacking, is the stewardship in our local council office.

I’m trying to stay positive, but negative experiences like the one I had that morning in MacArthur Park make it hard.

I want to go on the attack, to yell, to shout, to protest – but when the incumbent has his ears plugged and his heart closed, what is the point of that?

No, We need to do something else.

We need to organize.

We need to fundraise.

We need to come together with our neighbors across the district to meet our collective, and very human, needs.